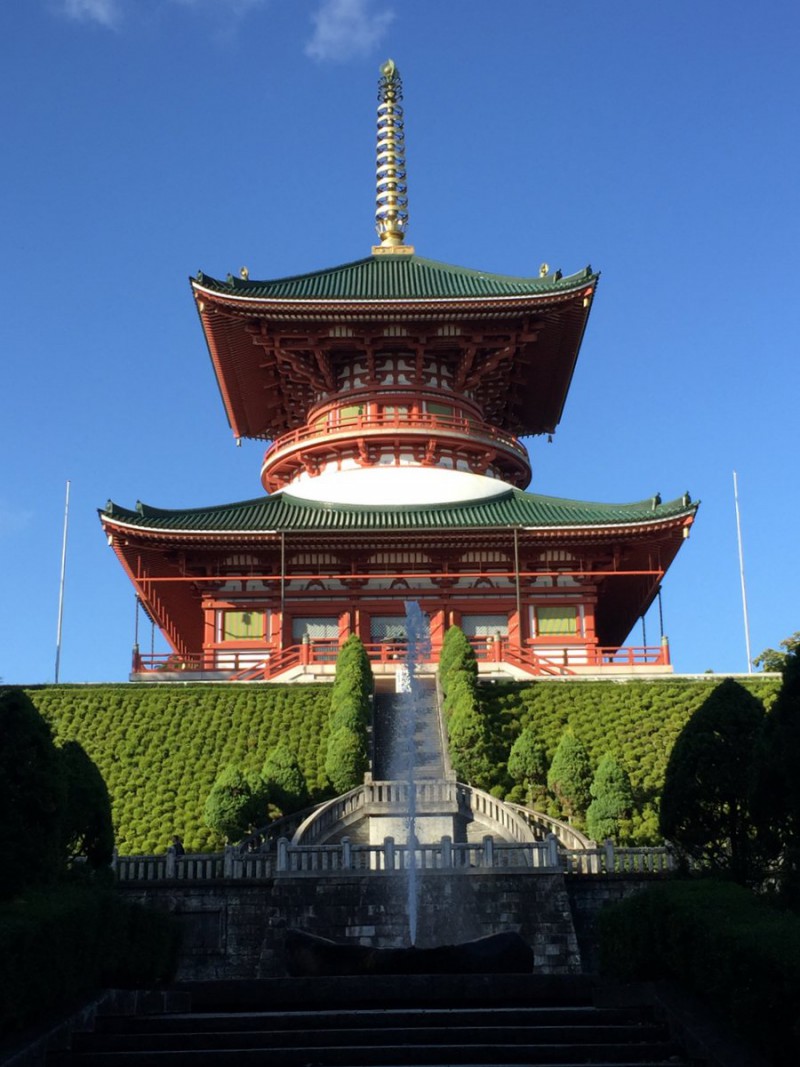 Over the years, I have seen this building rising from the treetops on our way to and from the Narita airport. Though it does not appear in the story of my middle grade novel, Somewhere Among, a rendering of it by Alessandro Gottardo made its way onto the cover. Its Japanese name is Heiwa no Daitō and its English name is The Great Pagoda of Peace. The two-roof building is a tahōtō, a Japanese structure called a unlike pagodas in other Asian countries. It stands 190 feet high and sits on top of a hill on the grounds of Shinshoji Temple in Narita City. Underneath the ground floor of The Great Pagoda of Peace, a time capsule, scheduled to be opened in 2434, holds messages of peace from 11 world leaders. A Peace Festival is held each May.